A good stroll’s good for your northern soul is the message being delivered through our campaign that aims to inspire and create a long-term walking culture across Greater Manchester following a surge in appreciation of exercise during the lockdown period.

Starring the ‘walking stories’ of people across the city-region, The Greater Manchester Way campaign is encouraging everyone, whether they're a mover, a strider, a rambler or stomper to walk more, and to walk more often.

Celebrating the simple (and often hidden) joys of walking, the campaign aims to help us all to realise what walking has to offer, while highlighting the real reasons why people walk.
Through the sharing of personal stories, The Greater Manchester Way demonstrates the benefits of a simple walk - from physical and mental health improvements, to social cohesion and environmental benefits.

Sarah Price, interim chief officer at Greater Manchester Health and Social Care Partnership, said: “For many people, walking more is the easiest way to start making physical activity part of everyday life. The benefits go beyond the direct boosts for your health and wellbeing. Walking can help bring people together, improve our environment and boost our economy. We are already seeing positive changes in the numbers of people who are walking, but there is more to do. Our Greater Manchester Way walking campaign is an important and inspiring next step.”

“We have ambitious aims for Greater Manchester to become the first walking city-region in the UK, empowering 75% of people to move more by 2025 to get active on a day by day basis. With the launch of The Greater Manchester Way, that goal is closer than ever.”

Greater Manchester’s Cycling and Walking Commissioner, Chris Boardman, said: “We want to see 2 million daily walking trips being made across Greater Manchester by implementing the UK’s largest cycling and walking network. Currently, 30% of all journeys across the region that are less than 1km are driven, so there’s huge potential for us to switch many of these to ‘active’ trips – either on foot or by bike.

“During lockdown, we’ve seen how important walking is as people have been using it for their daily exercise, exploring their local area and walking for local trips. In Greater Manchester, our vision is to create a ‘Walking Region’ where getting round on foot is the norm, and at a time when people have truly appreciated the benefits of walking, hopefully this campaign will inspire them to continue walking long term.”

One of the local stars of The Greater Manchester Way Walking Stories is Claire Walmsley from Trafford, who transformed her life by starting her own mums and babies walking group, that has been nominated for a national award.

Claire said: “Starting a pram-walking group for new parents not long after having my baby may have been a slightly crazy, sleep-deprived idea at the time, but it’s grown into something wonderful.

“Rollers and Strollers has grown from just four people the first time we walked to many more who come along regularly to enjoy our pram-friendly walks in green spaces across south Manchester, and of course the all-important coffee and cake at the end!

“Although group activities were halted at the start of lockdown, I’ve been able to start walking again recently with my family which has been really valuable and provided me with some much need exercise and respite. I’m looking forward to meeting with the group soon and can’t wait to explore new routes in our local area.

“I’m really pleased to have been able to tell my walking story through The Greater Manchester Way campaign and I’m excited to hear and read all of the other stories.”

The Greater Manchester Way is a multi-channel campaign that will run until the Autumn and will be seen across the city and in all 10 boroughs of Greater Manchester and local neighbourhoods. As well as out-of-home posters and digital adverts, the campaign comprises a video on demand film on the ITV hub and local radio adverts.

The campaign directs to a new website www.GMWalking.co.uk where residents can find local walking routes and walking groups and ‘find their own way’ to walk, The campaign is taking to social media too, #TheGMWay. 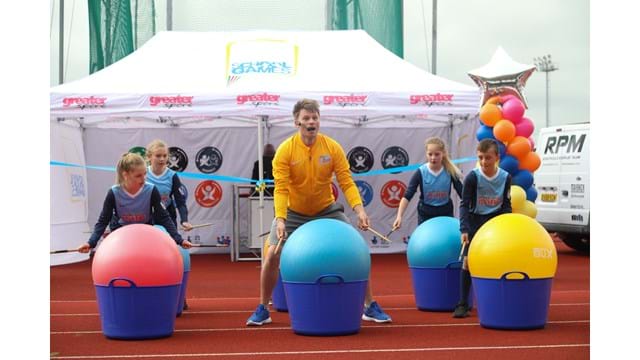 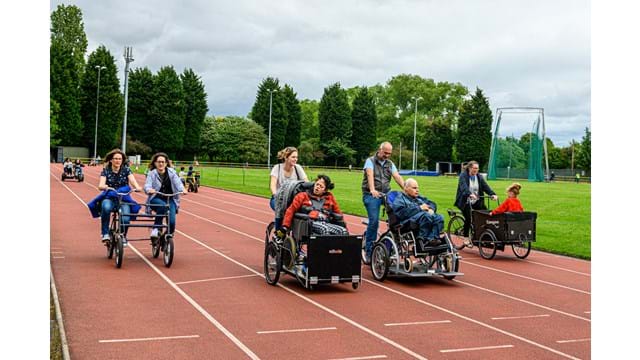