Club of the Year

For a community club or community group who has had an impact in their local community in the given time period.

ACN offers open access to young people across a targeted community. Over the last year they have built in referral mechanisms enabling other agencies and providers to refer young people to activities. They invest into local communities and have focused on providing support to people through training and development, ensuring that all members of the community are equipped to deliver. This approach ensures the workforce reflects the communities they work in, where a range of wider social issues can manifest.

Young Sports Achiever of the Year

This award is for young athletes (aged under 18) who are not professionally funded who have had significant success in their sport throughout the year.

Success is extremely dedicated to athletics and her attitude to her sport is hugely inspiring to others. She is ranked number one in the country for 200m under 15 girls and has been for the last two years, winning numerous titles and events. At the National under 15 & under 17 Championships, Success broke the 30-year-old championship record held by Olympic medallist Katharine Merry, clocking an amazing 23.71.

This award recognises long term volunteers (over 10 years) who have made a significant difference over that timeframe.

Terry coaches weightlifting in his club – Team Manchester and has a history of success in coaching across Manchester. Terry has organised the British Schools' Championships and has coached youngsters who successfully competed across the globe. In retirement, his commitment has never strayed and he travels several times a week and at weekends to coach young people and adults in the sport he loves.

Volunteer of the Year

This award is for volunteers who have given up their time to volunteer over the given time frame.

Nazim volunteers regularly in the Khizra Community Hall in Cheetham Hill and at Abraham Moss Leisure Centre. His role involves assisting with the youth club and sports activities, setting up sessions and supporting coaches. In addition, he organises community clean up sessions and promotes the centre’s programme of sports and activities.

This award recognises an individual that has used physical activity or sport within their professional role to have positive impacts.

Claire is a Health Development Co-ordinator and passionate about physical activity, improving health and supporting communities in North Manchester. Claire promotes the benefits of being active; she leads by example taking part each week with her family. Claire regularly encourages health professionals to attend and promotes going for a walk, jog or run to residents. Claire has been active in driving recruitment for volunteers and signposts to other activities within the community.

This award recognises schools that have gone above and beyond in respect to incorporating activity into a school day for their pupils and staff.

Abbey Hey have received the Platinum Award for the School Games with over 50% of their students taking part in after school sport. In addition, over 200 children represented their school sports teams. As well as this, Abbey Hey has set up an Active Family programme – providing parents with tips and sessions on how to be more active at home. This has also given parents many opportunities to support sports clubs throughout school.

Initiative of the Year

This award recognises a physical activity initiative by an organisation which has made a difference in communities and achieved positive social outcomes.

This is a weekly programme of table tennis for over 50s to help reduce social isolation and loneliness. People are regularly coming back because they love playing the game and the coach; Dennis’ enthusiasm is one of the reasons why this project has been so successful. Table Tennis is great for older people; it offers many health benefits including helping coordination, providing excellent social activity, improving general fitness, balance and reflexes and even addressing dementia.

A full list of the finalists as they are announced can be viewed here. For more information on the awards including how to purchase tickets please visit www.greatersport.co.uk/awards. The winners will be announced on the evening and shared on twitter using #GMSportsAwards.

Data released today by Sport England reveals a significant decrease in the number of people moving both nationally and in Greater Manchester. 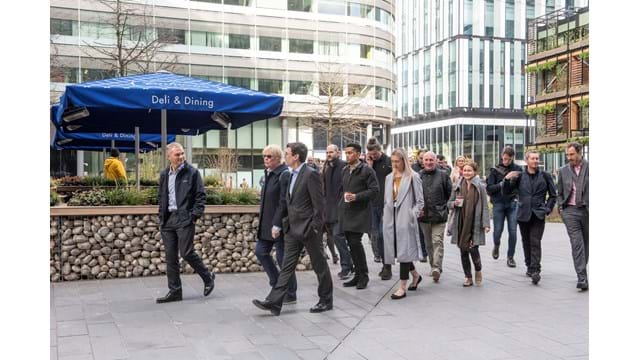 Next week (w/c 25th Oct) GreaterSport are having a focus through their comms on GM workplace wellbeing and movement’s role within that and are encouraging partners to join them.

To help reduce the negative impact of COVID-19 and the widening of the inequalities on active lives Sport England announced The Tackling Inequalities Fund in June 2020.