Young people across Greater Manchester are set to benefit from hundreds of new and improved cricket facilities and a significant commitment to improved grassroots participation thanks to a ground-breaking new partnership between the Greater Manchester Combined Authority (GMCA) and Lancashire Cricket Club.

Following a successful and high-profile summer of cricket, with England’s men triumphing in the ICC Cricket World Cup and the men’s disability team reaching the final of the Physical Disability Worlds, the partnership will harness the power of cricket to transform the lives of the people of Greater Manchester and inspire a generation to take up the game.

The proposal aims to deliver a 10-point action plan, developed in conjunction with the England and Wales Cricket Board (ECB), Cheshire Cricket Board, Chance to Shine and GreaterSport that will focus on creating a network of community cricket facilities in urban areas and delivering a series of cricket programmes targeted at children and young people.

To help deliver the blueprint, GMCA, in partnership with its 10 local authorities, will seek to match fund investments being made by Lancashire Cricket Club and the ECB to grow cricket in Greater Manchester.

The significant commitment to cricket aims to see the installation of 100 new all-weather pitches in publicly accessible open spaces across every single borough in Greater Manchester. The plan also involves a proposal to work closely with three Greater Manchester local authorities to create a series of new state-of-the-art Urban Cricket Centres, designed to be both sporting and community hubs. 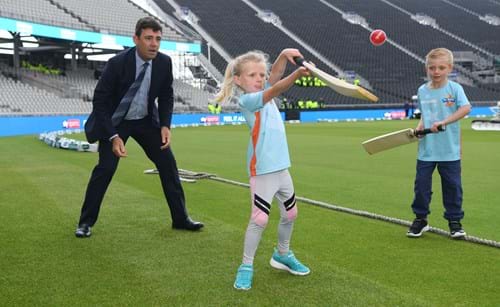 “Greater Manchester has always been a strong cricketing area but we do need to redouble our efforts to bring it to the next generation, building on England’s Men’s and Women’s World Cup successes. We want to harness the power of cricket to transform the lives of people here in Greater Manchester, inspiring a whole new diverse generation to take up the game.

“This unprecedented partnership with our friends at Lancashire Cricket Club and the national governing body, the ECB, Chance to Shine and others would take the sport into a new era in Greater Manchester.”

The ambitious action plan for advancing the sport is announced at the home of Lancashire Cricket Club, Emirates Old Trafford, on Wednesday 4 September on the morning of the first day of the fourth Specsavers Ashes Test.

Cricket is already growing in popularity in the North West, with this investment timed to build on the existing momentum. Already this summer, Lancashire Cricket Club has seen a significant increase in ticket sales for this year’s Vitality Blast competition at Emirates Old Trafford with a 30 per cent year-on-year increase in advance ticket sales, and record attendances as it continues to attract new supporters to the game. The first four days of the Specsavers Ashes Test in Manchester are also sold out.

Participation in the game continues to grow across the region with a number of different initiatives helping to attract young people to play cricket. This year has seen a record number of children sign up to the ECB’s All Stars Cricket programme, which is aimed at 5-8 year-olds. More than 3,500 children have participated at 128 centres, a significant increase on last year. 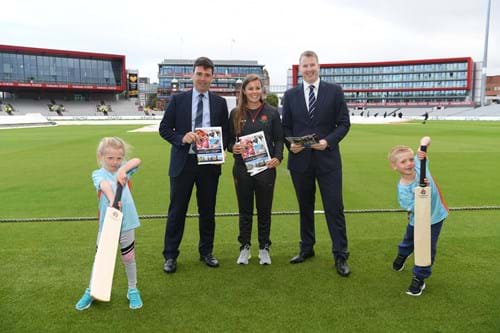 “Emirates Old Trafford has this summer hosted some of the biggest matches in world sport, with India vs Pakistan in the ICC Cricket World Cup, as well as the semi-final, and we’re very excited to be hosting the Fourth Specsavers Ashes Test in September. These two major events have been supported by an ever growing number of people coming to the Vitality Blast and other formats of cricket. This is a once in a generation opportunity for the game of cricket to inspire the next generation and this partnership ties perfectly into that.

“The next few years will undoubtedly see significant growth in the game across the region and we are proud to working on a partnership with GMCA and our other local and national partners to maximise this opportunity.”

Tom Harrison ECB Chief Executive Officer said of the action plan: “It is an incredibly exciting time for cricket in Greater Manchester. Next year will see the start of the game-wide national strategy, Inspiring Generations, and the launch of Manchester’s newest sports team as part of The Hundred. All of this presents a huge opportunity for GMCA and Lancashire Cricket to harness the power of cricket to transform lives and inspire a generation to take up the game.”

Laura Cordingley, Chief Executive at Chance to Shine, said “It’s been a remarkable summer of cricket in this country and we’re delighted to be working closely with GMCA, Lancashire and ECB to capitalise on the excitement generated by the Ashes and the Cricket World Cup. We know the vital skills and life lessons children can learn from playing cricket and hope to give many more young people in Greater Manchester their chance to shine.”

Satellite Clubs programme comes to an end after engaging over 10,000 young people in GM

Wigan resident Deb West explains the role active travel plays in her life, and why it’s so important both for individual health and a greener planet