Activity Levels Amongst Children and Young People in Rochdale

The Chief Medical Officer (CMO) recommends that all children and young people achieve 60 minutes of physical activity a day, in Rochdale just a third of young people achieve this. Concerningly, four in ten do not even achieve 30 minutes of physical activity every day, this is above both the National and Greater Manchester (GM) average for less active. 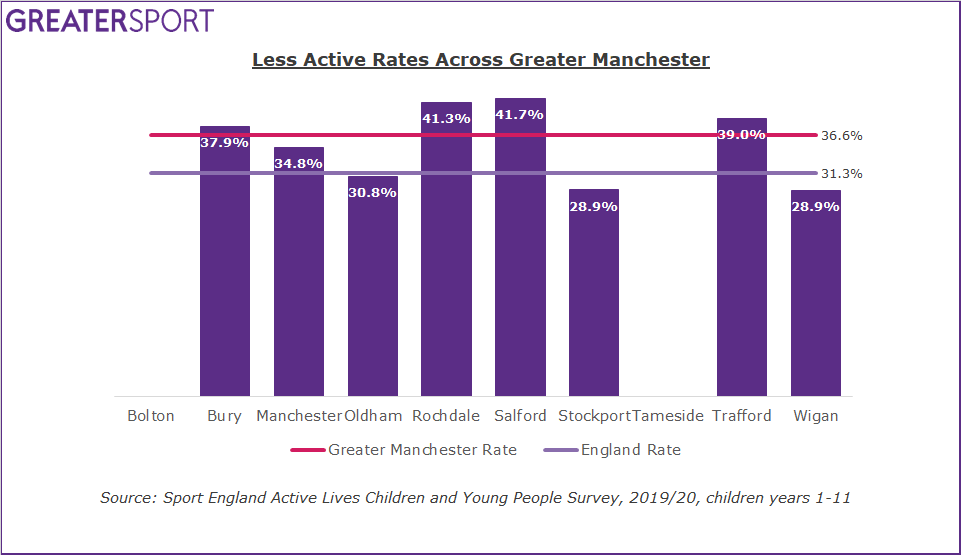 The proportion of children moving (achieving an average of at least 30 minutes physical activity a day) in Rochdale has seen no significant change since the Active Lives Children and Young People Survey launched in 2017/18. Concerningly, there has been a significant increase (+13.5%) in the number of children and young people classed as less active in the last year, however, this should be interpreted with caution due to missing phases or terms in data collection. 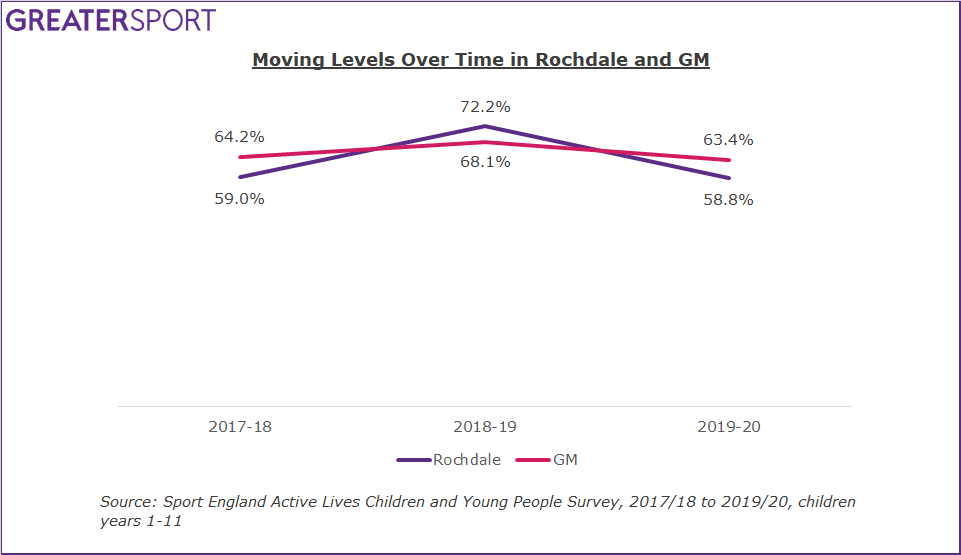 Children and Young People in Rochdale

The levels of physical activity in Rochdale are important because: