A number of inactivity inequality gaps exist and whilst they may have narrowed, to varying degrees, across Greater Manchester (GM) we can still see clear gender, age, disability, socio-economic status and ethnicity gaps. Many of these factors overlap and further compound the differences. 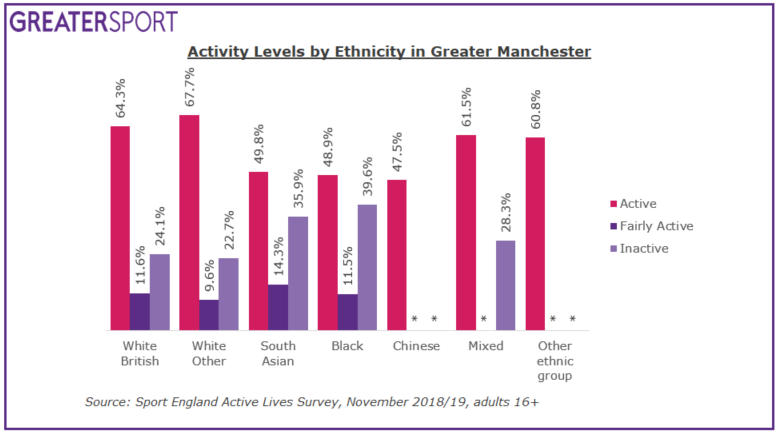 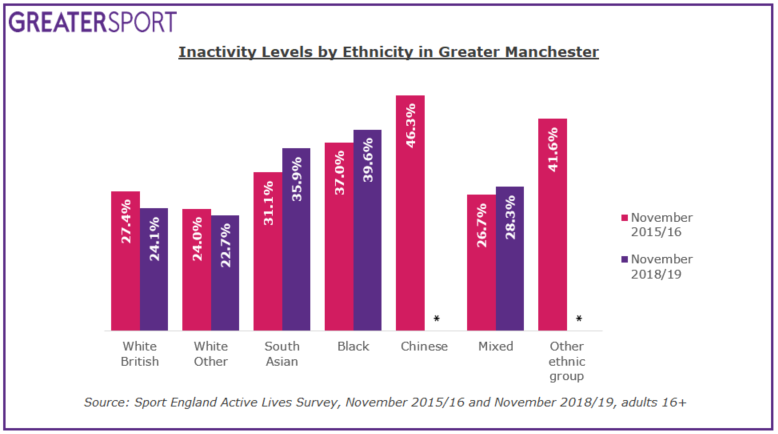 Ethnicity and other factors

More information on the latest Active Lives release can be found here.